The Shrugs first came to life in the 2009 animated short film, Shrug. The film introduces a Shrug family and shows their story of adapting to the constantly changing environment of their Island and the seasonal tides. Made in France and Norway as Alina’s student graduation project, Shrug has been shown in children film festivals worldwide and received the 2009 Junior Jury Award from the Annecy International Animation Festival.

An environmental dreamworld and handcrafted crossmedia universe for animated musical tales and games. It aims to bring the enthusiasm and wonder of a being a child in nature to digital experiences. 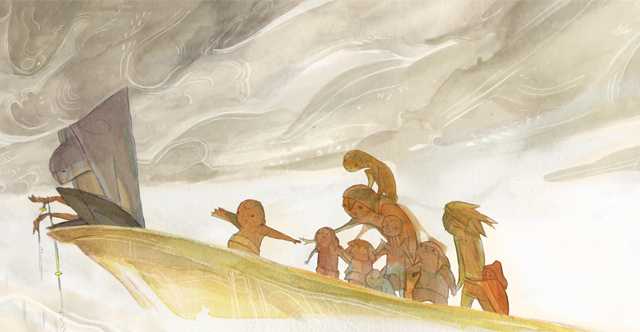 The Island of the Shrugs is a mysterious musical being on which live a family of shape-shifters. Every year its people fly when the ocean rises and covers land, and when the waves fall back the Shrugs return, transforming once again to solid creatures. The Shrugs and their Island are intimately connected and their odd communication maintains life and magic through the seasons. With as many Shrug personalities as there are people and inner changes mirrored in their surroundings, keeping the balance on Shrug Island is a constant dance.

Created by Alina Constantin and grown from animation film to games with the collaboration of many, Shrug Worlds have taken on many forms, with an ongoing adventure game in production. Check them out in the backstory below 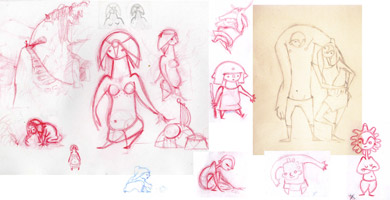 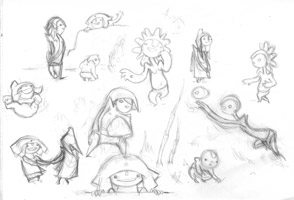 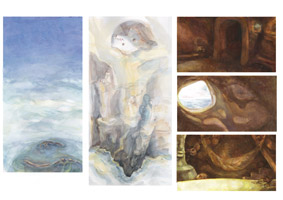 Designed with Amazu Media and support from the Open Workshop in Viborg, Denmark as part of Alina's first research into game development Shrug Tides is an atmospheric puzzle platformer for mobile phones and tablets. Using simple game-play, its focus is on introducing the Shrugs to a casual gaming audience. As a little Shrug going through the canyons of his island world, the player works with time and transformational abilities to discover magic stones and heal a sick world.

Mini-game from Alina and Nifflas (Knytt Underground). Having met at the 2013 Nordic Game Jam where they enjoyed a musical jam in the campus sauna, they decided to continue game jamming around the Shrugs in the months that followed. The result is Shrug Song, a small musical exploration which received great mention in indie games media and became the core mechanic of the larger commercial game Shrug Island. 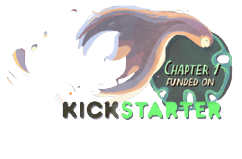